What Net Neutrality Means and How It Can Impact Small Business, Growth and Innovation 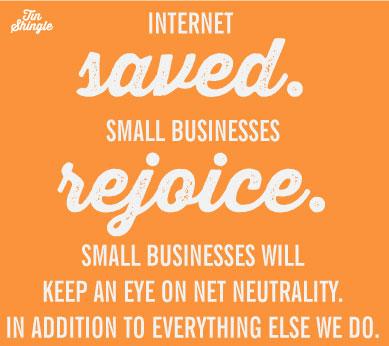 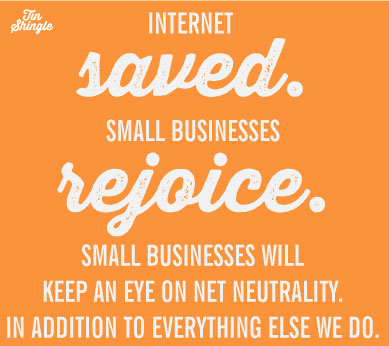 The ruling on net neutrality on February 26, 2015 was a big win for small businesses, even though you won't get a letter in the mail about it, or any new directions to follow. As a user of the Internet, and as a business owner of a website, nothing will change for you. But this ruling is a historic decision that was based on the feedback of millions of Americans and a battle that has been raging for years. Your knowledge of it will help protect your ability to enjoy the Internet as you always have, as well as create a business that can operate on it.

February 26th's decision, based on a proposal put forth by FCC Chairman Tom Wheeler, means that small businesses can continue developing and growing their businesses while using the Internet as a major tool of communication for promoting that business, selling directly to consumers for that business, and just plain reaching the audience of that small business for any reason at all without being charged more for doing so for any reason. In the words of Tom Wheeler, who is also a former tech startup entrepreneur: "My proposal assures the rights of Internet users to go where they want, when they want, and the rights of innovators to introduce new products without asking anyone’s permission."

HISTORIC TIMES - DEFINING THE INTERNET
We are living through the regulation of a major medium that was invented to help people communicate, and has become part of the fabric of daily life. When an invention happens that changes lives, lots of people can profit, and lots of people can make decisions about how to use that invention that will impact everyone's life. Right now, the federal government and the FCC, with loud moaning from private Internet service providers over the years, are defining how people can get online, and what they can come to expect from that experience.

WHAT DOES NET NEUTRALITY MEAN FOR YOUR GROWING BUSINESS?
Cable companies wanted to start charging businesses a fee so that their business website would work normally for people who were surfing on those websites. To get online, you have to go through a carrier, like Time Warner, Comcast, Optimum Online, AT&T, Verizon, and all of those big boys. Those carriers are having to service more and more people, and at faster and faster usage speeds, which is usually compared to traffic on a highway. If you're on a big, wide highway, you drive faster with less congestion (unless everyone is on the same highway as you). Right now, cable companies are charging customers more to access faster speeds, and "throttling", or slowing down their usage if they exceed a certain amount of data. Cable companies and Internet service providers (ISPs) wanted to start charging businesses operating those websites that customers were surfing the same type of "throttling" fee.

"THROTTLING" FEE & DISCRIMINATION BLOCKED
This fee can be compared to neighborhood thugs patrolling a NYC city block in the 1970s, who would charge a local grocer a "protection" fee to not beat them up or rob them. This example is a little extreme, but it illustrates the power that an Internet service provider like AT&T or Time Warner has when it comes to letting people see the website of a business.

For the record, a website hosting company already controls access to a website. Someone like Bluehost or Media Temple (owned by Go Daddy) charges a business a fee to keep the lights on at the website, and charges a business an "overage fee" if the website delivered more content to more people than what was originally in the service agreement. I should know - we just got an "overage bill" from Media Temple for $202 this month.

TOM WHEELER'S PERSONAL SMALL BUSINESS STORY
Tom Wheeler published his thoughts on the Open Internet and net neutrality on Wired. When working in the private sector, he headed a tech startup that competed with AOL. He experienced first hand how a blocked network could hamper growth and kill a business:

Communications in the early 1900's consisted mainly of radio waves, but the invention of the television had been a work in progress, built on the developments of several inventors working on the transmission of images, starting with the fax machine from 1843-1846. Over the course of many years, the first demonstration of television was in 1925. Advancements in transmission of information haven't slowed down. Hence our current issue of net neutrality and who can control it, slow it down or speed it up. According to SaveTheInternet.com, regulating the Internet under Title II gave the FCC "the strongest possible foundation for rules prohibiting discriminatory practices."

Further making the Internet a public service, net neutrality has included rules that reclassify "broadband" as a utility. Wireless providers were classified as "information service" instead of "common carriers" in 2010, but not anymore. I bet you didn't know that there is a BIG difference between the two classifications and the regulations that "common carriers" are tied to in terms of providing a service to the people without discriminating against anything in order to provide that service.

WHAT DOES NET NEUTRALITY MEAN FOR FREE SPEECH?
Taken a step further, if a cable company can tamper with whether or not a website can smoothly deliver its content to you, then it can squeeze companies it doesn't like. And that often includes messages of race, gender, or any social or political issue out there.

Without regulation, if a company owned an ISP (internet service provider like Comcast or Time Warner), and if someone at that company had a political agenda (like Rupert Murdoch with Fox News), they could make it difficult for a company who delivers content, like videos or podcasts or the written word, to make it into your computer. The speed may be slow, wonky, or mysteriously not work.

WHAT YOU CAN DO TO KEEP THE INTERNET OPEN
Right now, we must stay aware of federal actions to ensure that businesses can continue doing business as usual. In this case, federal rules are protecting businesses. In other cases, rules add limitations that make growing our businesses difficult and more expensive. For now, continue the freedom we have. FreePress.net has great ideas you can act on now.

Thanks for posting this - I've heard a lot about Net Neutrality, but what I've heard has been mixed and frankly a bit biased seeing as I get my news from my good buddies @ Fox & friends ; )