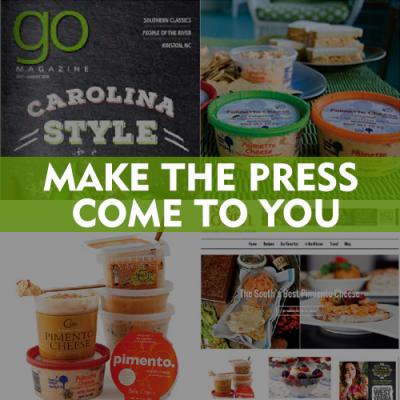 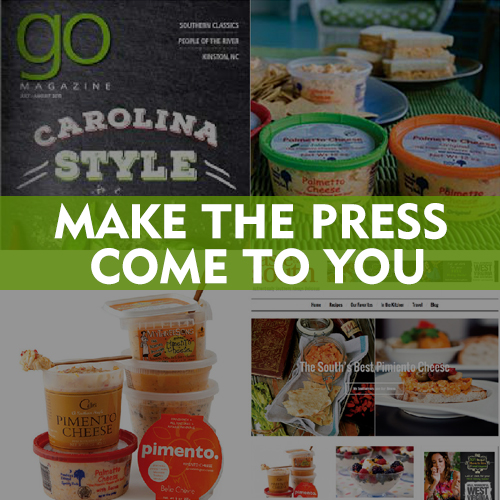 When Palmetto Cheese posted one of their press wins at AAA's Go Magazine to their Press Portfolio here at Tin Shingle, which then ran in Tin Shingle's Twitter feed, I of course wanted to know the scoop - how did they land it?

Palmetto Cheese has been a premium member of Tin Shingle for years, and their first big "get" was in USA Today. They have been soaring ever since, thanks to their digital marketer, Nathan Kirk. So I asked Nathan: "How did you do it this time?" And his response? "They came to us!"

But could that be it? Is Nathan just sitting there in his office, dunking Ritz Cracker after Ritz Cracker into tubs of the Pawleys Island, SC based Palmetto Cheese because he has nothing else to do now that the press reaches out to his client? Nope! Nathan shares with us how this story went down, and credits social media and following hashtags with scoring this major press opportunity.

It turns out, Jayne Cannon, writer of the story in AAA actually called Palmetto Cheese through the phone number on the website. She wanted to include Palmetto Cheese in the article she was writing and interview the company founders, Brian and Sassy Henry. Then Janean Flowe from AAA then contacted Nathan for images because Go Magazine wanted to run a giveaway.

Nathan "gave it a heart and followed the editor on Instagram." Nathan contacted the magazine after several weeks to see what the conclusion was, and were told that Palmetto Cheese was going to be in the magazine in September 2015! Palmetto Cheese's press in Taste of the South was a similar situation.

But how did Nathan see that Southern Living posted that picture to Instagram? "I usually do a search for hashtags associated with the brand," says Nathan. "Southern Living used the #pimentocheese hashtag and made it easy to find. It’s a great way to see what the competition is doing and to find what others post about the brand. Would have never seen otherwise." 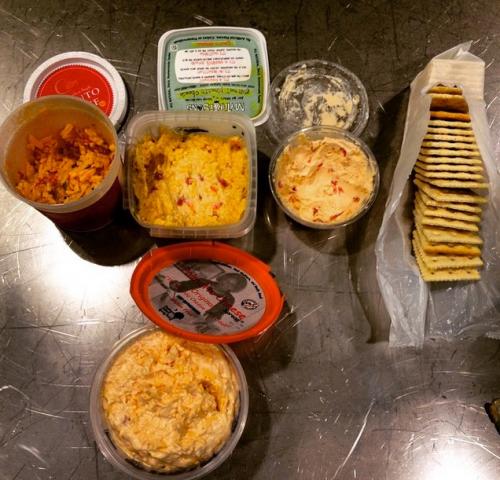 WHAT NATHAN CREDITS TO RECENT PR SUCCESS
"The complete online presence that we have is obviously enough to get the calls coming in," says Nathan. "I’ve been working Instagram and Twitter more than Facebook lately too. My focus has been more of the big picture for the brand instead of solely stressing about PR. So far it’s working!!"

Nathan has been a Guest Expert on Tin Shingle TuneUps where he reveals some of his strategies on Facebook (which you can listen to now here). But as we can see, his attention has been devoted to Instagram and Twitter lately. I asked him why, and he breaks it down this way:

Thankfully we have front row seats to the growth of Palmetto Cheese, and if you're not following them already, you should now! And of course buy their cheese and serve it at all of your parties because it's a dip to be remembered and requested.

Knowing how to pitch the media is a major step to securing press for your brand. Tin Shingle empowers small businesses, experts and brands to make this happen through our unique membership program. Get instant access to Media Contacts at major magazines, Editorial Calendars, select PR Leads, an all-access free pass to all of our exclusive TuneUp Webinar series. Plus, you'll be a part of a trusted community of other businesses via our Message Boards/Forums Learn more about membership with Tin Shingle.