Torie Partridge, founder of Cherry Blossom Creative in Washington D.C., is one of several entrepreneurs featured in short features of the #SmallBizProud tour across the United States, and her quote illustrates a few entrepreneurial themes that we’ve noticed emerging from each of these short features produced for this campaign by Capital One Spark: power, passion and possibility. 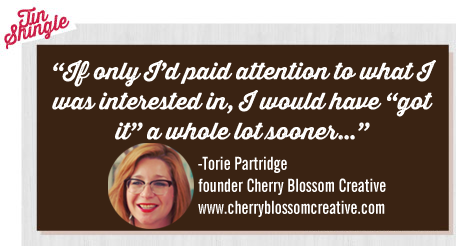 Torie is one of several small business owners in these short features who listened to her inner voice to guide her to start her business - after years of doubting that she could make a living from it. Finally, after listening to what she wanted to do, instead of being told how she should make a living, she is thriving in her creative agency. As addicted as we have become to the #SmallBizProud in-depth peeks into businesses across the country, we narrowed down today’s “highlight reel” collection to get inspired by the startup stories of business owners who stuck to their passion when starting their business.

TURNING PASSION INTO PROFIT
The stories below are from companies that couldn’t be more different, yet what has helped them succeed is the same. From an outdoor climbing gym, to a pizza restaurant to one of the only hat makers left in NYC, each of their stories are tied together by a similar decision: they turned their passions into profit.  Some, like John Wygul from High Point climbing gym realized this very quickly, others, whose stories you’ll see below, had longer professional journeys but eventually came to the same conclusion.  For each person, the things that made them tick, that happily kept them up at night and that brought them joy and excitement have also become the things that make them money. 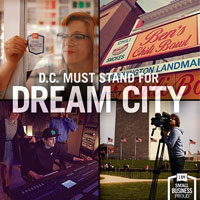 Cherry Blossom Creative: Washington, DC
Though always an artist at heart, Torie Partridge didn’t originally follow her dreams. Instead, she began a career that took her across the globe to the Middle East, where one night amidst the mortar shells she realized she was not in the right career.  What happens next is a classic story of what happens when you let your passion be your compass.  Spoiler Alert: You CAN make a living as an artist. 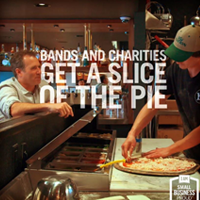 12th & Porter: Music City Pizza: Nashville, TN
Want to combine business and creativity?  Get inspired by Keith Hayman’s story.  Like Torie’s, this Tennessee entrepreneur is also rooted in passion, though Keith started as a musician, though realized that being a musician required a lot of hard work for sometimes little pay.  His story of how he finally found a way to make money while immersed in what he loves to do (and squeeze in jam sessions now more than ever) is awesome.  Also awesome?  His strategy of giving “record deals” to multiple bands and charities, creating a win-win opportunity for everyone involved.  Watch his story to find out how he did it!

High Point Climbing Gym: Chattanooga, TN
This is the story of how a passion and a hobby turned into a multi-million dollar climbing gym for a recent entrepreneurship school graduate and a seasoned business man who united as business partners. The gym was formerly a movie theater, and an original investment of $200K grew to a $4.5 million investment, and began profiting two months after opening. There are so many cool pieces to the story of John O’Brien and John Wiygul’s success, it’s hard to fit them all into a few sentences.  The most important part? You guessed it. Though decades apart in age, their visions blended perfectly and what they did with that old movie theater is not only amazing - it’s the first of its kind in the world. 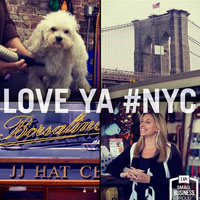 JJ Hat Center: New York, NY
Working at the original JJ Hat Center was just a job for the soon to be owner after he quit being a banker on Day 1. Embarrassed to tell his wife that he’d quit the bank, he got a sales job at the hat store. Soon his wife got a job there too, and eventually they bought the place. Enter their son, Sean O’Toole, who was encouraged by his mother not to enter the family business. So he became a lawyer, a chef, and then tricked his way into a part time job at the family store, of which he is now owner. JJ Hat Center is the only hat store left in Manhattan and almost folded after 9/11. 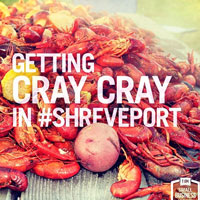 This Just In!
As of this blog post, the newest video from the #SmallBizProud tour has gone live from Shreveport, Louisiana:
These highschool sweethearts, Andrew and Lindsay Nations, owners of Great Raft Brewing, share their story of bringing the first brewery to their hometown of Shreveport since before the prohibition — and how they handle the hard work that comes with being in high demand, which included needing to shut down after they ran out of beer!

Disclosure: The #SmallBizProud content series is sponsored by Capital One Spark. The opinions expressed herein are those of the author and are not indicative of the opinions or positions of Capital One.