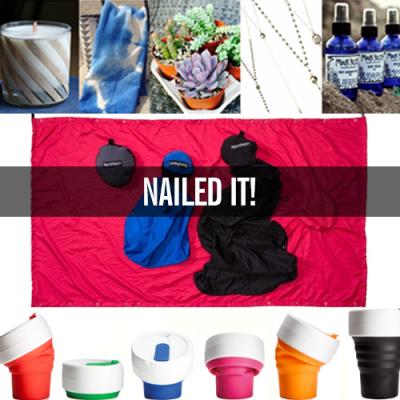 The PR Lead for a Frommer's Travel Gift Guide went out to our private membership here at Tin Shingle, and a flurry of small businesses clamored to answer it to have their business featured in a Frommer's Travel Gift Guide for Gifts Mostly Under $100. Two Tin Shingle member businesses, RestoPresto (a self-contained mat blanket) and Stojo (a collapsible pocket cup) were selected from possibly hundreds of submissions. That's a big deal!! Want a tip on how it happened?

Over here at Tin Shingle, we really like giving and receiving feedback. Especially when we are about to pitch the press. Because you know how it is - you're really excited to email a media outlet that you would LOVE to have your business featured in, and what happens? The words get in the way. Either you write too many, too few, or heck, you don't even make sense because you're just so excited to be pulling the trigger.

So we created a special section devoted just to giving and receiving feedback in Tin Shingle's private Message Boards/Forums called "Pitch Workshop". In it, we nerd-out over pitches. Someone copies and pastes their pitch that they want to send to the press, and someone else writes in to give their impression. Even better, others can learn from it who are reading the back and forth conversations, and following which changes were made to the pitch, and why.

RestoPresto, founded by Candi Obrentz, a new business who joined Tin Shingle as one of her first buzz-building moves, submitted her pitch to the Pitch Workshop. She was so excited, that she wrote the title in all caps: "FIRST PITCH EVER! Frommer's Gift Guide" Naturally, I dove in to see how she did. Because later on, it was this pitch that she used to email into Frommer's and was honored with the inclusion into the gift guide. You just never know!

Highlights Of Why This Pitch Worked

Candi was kind enough to share her full pitch with Tin Shingle members here in the thread, but I can tell you the highlights of what went down edit-wise: