Small Biz Spotlight Interview with the Creators of Pinch of Yum 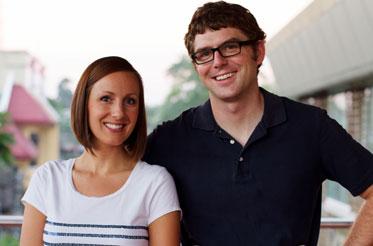 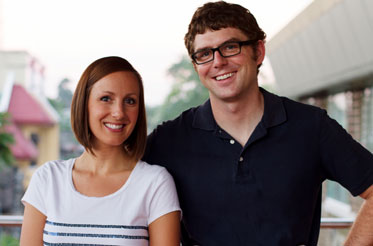 The moment I read my first recipe on Pinch of Yum's website I was hooked.  After poring over, "pinning" and actually cooking several more of them I was a fan, pushing their site onto friends and family with fervor. But when I discovered founders Lindsay and Bjork's total transparency regarding the financial growth of their company, a full-blown small biz crush was born.  The couple, who began the blog while olding down their own full time jobs, just shared that  teacher Lindsay is going to be working "full time" with Pinch of Yum moving forward, and I cheered with them!  I also reached out because I wanted to share their story with all of you.  They've done what so many dream of doing - turning their passion into their full time, financially viable job, and they've done it while being open about how they make their money and grow, throughout the journey.

Have cooking and food always been a big part of your life?  How about the life of a food blogger, was that secretly a dream while you were teaching?
Cooking became a more signiﬁcant part of my life when I was in college and then eventually when Bjork and I got married. I’ve always enjoyed food but it was during those young adult years that I really started to try more things in the kitchen and get excited about not just the eating but the cooking as well. 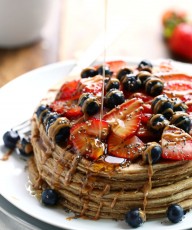 Full time blogging was never a dream that I had when I started my blog - I don’t even think I really understood that that was a “thing”. I’ve always dreamed of being a teacher so it feels weird to be at this point where I’m walking away from my lifelong ﬁrst dream to a more recent second dream that has surfaced within the last few years.

What led you decide to turn your passion and cooking hobby into a for-proﬁt project, and to begin the blog in the ﬁrst place?
When we started the blog, the only proﬁt I had in mind was trying new recipes and sharing them. We never even considered the possibility of turning it into more of a business until about two years after I started. I’m really thankful for this because those ﬁrst few years were really fun and I think if I would have been expecting something from the blog (money, lots of trafﬁc, etc) it would have been full of disappointments. It takes a long time to build a blog and I’m just thankful that my ﬁrst few years were purely for fun. 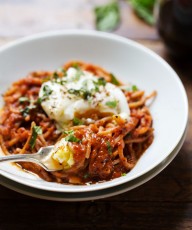 A lot of entrepreneurs have to work their day job while growing their “dream job”, their small business.  Until this month you were a full time teacher while also growing a business.  Tell us about that, including what that was like for you, and how you managed to balance both parts of your life.
It was really challenging. I thought that taking a part time position this year would help me balance both things, but it’s really hard to mentally juggle all the different pieces of teaching AND blogging together, even though I was only working 6 hours/day at school. I feel good about the timing of the transition - it would have been too soon to walk away any earlier than this but at this point I feel very ready to let go of teaching and give it a go with my blog. It’s sad to leave my passion for kids and schools behind for now, but it’s also really exciting to move forward with our own business, so there are deﬁnitely mixed feelings. 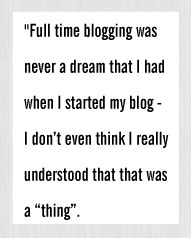 When and how did you know it was time to go full time Pinch of Yum?
Last year I thought I wanted to go full time when the school year ended (June 2013). We were making more from the blog than I was making from teaching, so that conversation started to happen more when we reached that point ﬁnancially. I actually called my school and told them that I wasn’t coming back to teach next year. But my principal ended up ﬁnding a position for me that was part-time for 2013-2014 and I was really excited about trying that out to see if the balance would be any easier. It was still really hard even with that part time position so at the end of this year was when I decided that it was time to stop teaching and go full time with the blog.

You share your monthly revenue in very speciﬁc detail, tell us the background behind making that decision to be so very, very transparent.
Bjork really wanted to document our progress making an income with the blog, partly for our own beneﬁt and partly to help other bloggers. There were really no resources available to us when we started thinking about monetizing the blog. He had actually read something that said it was virtually impossible to make any money from a food blog and I think he wanted to see if that was really true. It would be really hard to do something as transparent as the income reports if we didn’t start sharing right from the beginning, but because people have been with us from day one when we were earning $20/month, they are able to see the growth and learn from what we’re doing in hopefully a more approachable way that shows that it isn’t an overnight thing and you can start from zero and still make a lot of growth. 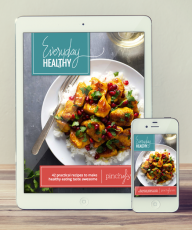 Tell us about the diversiﬁcation of your revenue streams – basically, how did you decide the “hows” of making money?  How difﬁcult was it for you to begin turning a proﬁt?
Bjork is the genius behind the income - we make all the decisions about the blog together but he is usually the one to initiate new income streams. We started with ads and then I wrote an ebook, which was never an intent to make a ton of money - just a project for me to write about things that I was interested in (food photography). It ended up being really helpful for a lot of people and so they would share it with their readers, and it kind of spread from there. I think as that started to grow we realized there was a lot more to diversifying than what we were doing and that led us to think about some other ways to create products and add new revenue streams.

Food and recipe based blogs are popular and there is a lot of competition out there, all hoping to capture eyeballs, social media followers and sponsors.  What best practices do you think impacted your growth and readership?  Was social media key?  Word of mouth?  Your amazing content, great photos and witty copy?  (yes, we’re fans…)
Thank you! :) To me, it’s all about the content. Social media, word of mouth, shares, pins, comments… all of it is important, but it is ultimately driven by your content. Nothing is going to happen for your blog just based on having a great Pinterest page. But if you consistently post good content, you are more likely to catch a break and gain exposure more quickly through social media and word of mouth. 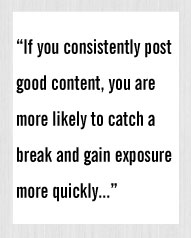 Working together as a married couple – you seem to really enjoy it – tell us about it.
We love it! To be sure, there are moments where I think we both question it (should we really be talking about Pinch of Yum ideas on our dinner dates? should we be frustrated about what the other person is doing or not doing?), but those moments are few and far between. We are currently both working from home and that’s a new thing for us, but so far so good! Bjork has a little ofﬁce set up in the unﬁnished basement (very glamorous) and I have… well… the kitchen. It’s always been really fun for us to be able to talk together about new ideas and what’s going on with the blog because we are both 100% invested in it. We are REALLY looking forward to speaking together at several conferences this year and getting the opportunity to travel around to some new locations. We feel really lucky to have this rare opportunity together.

You’re very active on social media – I actually discovered you on Pinterest.  Tell me how big a roll social media has played in the growth of Pinch of Yum.  Do you have a “favorite” platform?
Pinterest is actually my LEAST favorite platform. I love it but I hate it. Every time I use it I just feel like I need to go out and make my life perfect, which is so dumb. My life is great. So I almost never log in and use Pinterest personally or for the blog. But Pinterest is huge for food blogs and it’s the number one trafﬁc source for Pinch of Yum, so it’s not to be shoved under the rug. We recently hired my best friend to run the Pinterest page for Pinch of Yum. She’s really organized and has better taste than me anyway, so it works really well. :)

I love Instagram because I love photos and storytelling. Sharing and looking at photos there is my favorite form of social media. 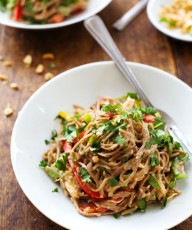 What has been the hardest part in terms of growing your business?
I think overcoming the conﬁdence hurdles and questioning your creative work is deﬁnitely the hardest part. It’s so easy to compare and feel like you’re not as good as so-and-so because they made this awesome recipe with a beautiful photo and yours doesn’t look like theirs. Lots of people quit when those feelings come up, but to me, the hardest and most important thing is knowing that you’re going to have to deal with that for the long haul and ﬁnding ways to move past it, again and again and again. And I don’t think that never really goes away - you just get better at overcoming your fears of putting yourself out there.

Where do you envision Pinch of Yum going in the next year?  What about the next ﬁve years?
We’re hoping to do more with video in the next year. I’m really excited about that. And ﬁve years out, it would be awesome to have a dedicated studio space for cooking, photos, classes, events, and client work.

What advice do you have for others who are hoping to make a living from their blogs?
Grit! Stick with it and be brave. Find a friend or a spouse or a fellow blogger who you can connect with to pull you through during the times that you feel like quitting. Also, obviously I am going to say this - work on your photography! Images are increasingly becoming the social language of the world, and you need to be able to speak that language to engage people with your content.

You can follow Pinch of Yum on the following social media channels: