Pay to Play in Publicity: Tin Shingle Co-Founders Give Their Sides of the Story 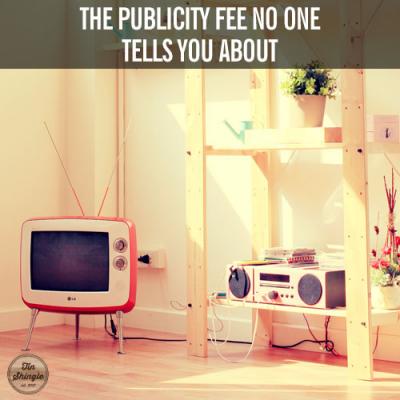 Common knowledge in the publicity industry is the pay-to-play model, where people on TV who are showing his or her recommendations, may or may not have charged a fee to that brand they are featuring in order to show them that day, or in that print story. Same thing could happen at a blog, website or magazine. Entrepreneurs and business owners who are new to the world of publicity are usually surprised when responded to with a fee request, and are either happy to pay it, or decide that route is not a fit for them. Tin Shingle co-founders Sabina Hitchen and Katie Hellmuth-Martin are exploring this situation in a 2 part article series called "She Said, She Said." 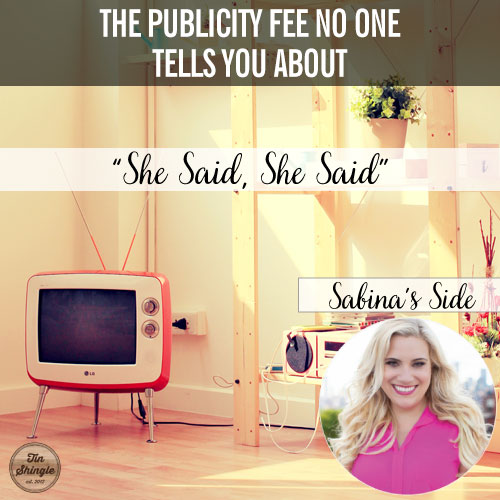 I've worked in public relations for over a decade and one of my favorite things about it is that it's one of the most powerful and effective forms of "free advertising" you're ever going to get your hands on as a business owner.  If you're doing it on your own, it's 100% free (save the time and energy it takes you to do your PR work) and the impact it has in terms of growing your visibility, telling your brand story and building trust between your company is priceless...Except that these days it actually has a price in more and more cases!

What am I talking about here? "Pay-to-Play" public relations, also known as "Pay for Placement," "P2P" and "paid exposure." When do you run into it? If you're a small business, you'll probably cross paths with it more and more, "it" meaning an expert, blogger, social media personality, event producer or more who offers you a press or exposure opportunity in return for a financial payment. Though these instances used to be seldom, they're now becoming more and more common and because of that, I'm going to break down a few things I believe you should know about them, in hopes you'll be able to navigate these situations more easily in the future. 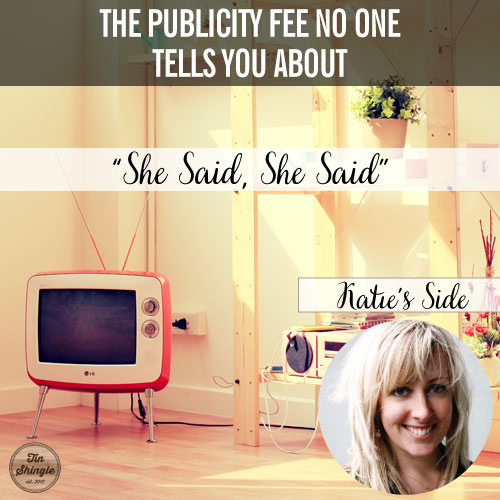 The true meaning of press is validation, right? A major media outlet features a business because they know their readers will love to know about it. Usually, but not all of the time, sales follow in the wake of that press. So the business owner gets two things from a feature in the media: validation and sales. When money is exchanged for being featured, the validation portion of that equation changes a little bit, right? What does that mean for businesses, and the the value of pure press?