SNAGGED! How This Small Business Scored National Press in the Examiner - Right Out of the Gate! 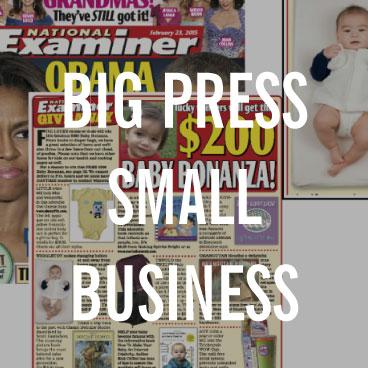 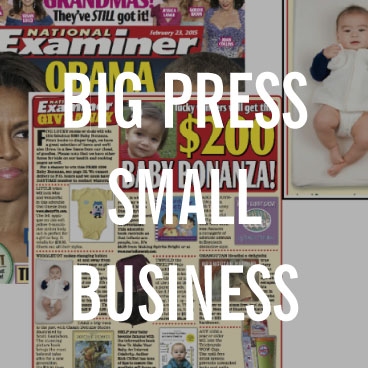 Hold onto your hats folks, because this is an emotional roller coaster of a ride that documents the journey one small business went through to get their first national print press. Every journey is different, but everyone from seasoned PR professionals at big or small agencies to businesses who do PR in-house on their own will tell you that getting press is hard, takes time, but can happen and is worth the wait.

EAGER TO BUST OUT OF THE GATES, BUT WAITED FOR THE RIGHT TIME
Wiggletot, the first product to combine a diaper changing pad cover with a detachable vest and toys to help keep a wiggly baby in place, first debuted in the spring of 2014. The company's founder and designer, Zaida Khaze, had been growing the company for long before that, from designing the product to securing the patent to finding manufacturing. When the time came to sell the product and get the word out, Zaida was fast typing to figure out how two get her brand big press, which is when she found Tin Shingle and joined. Using the tools that came with her membership, Zaida began pitching the press. But...

WAIT - IS MY EMAIL WORKING?
Zaida pitched diligently. She showed up for all of the live TuneUps and downloaded past TuneUps to teach herself the ways of pitching. She's one of those students that shows up for class, does all of the homework, asks questions and wants see results. She tried pitching different times of the day and different days of the week. For months, she didn’t receive any responses. Says Zaida, "I started getting paranoid to the point where I would send test emails from one email to another seeing if my AOL account was working."

Therein Lies Hurdle #1:
The email issue. Sending from aol or gmail accounts signals amateur. Especially an aol account. Editors don't have time to deal with rookies, so a personal email is an easy one to ignore. Legit business have work emails, and everyone who works there gets one. Yet, using a personal email for business matters is one of the most common mistakes that even established businesses make.

MEH - IS THIS EVEN PRESS?
After changing her email account from AOL to Gmail, Zaida started getting a few responses. Coincidence? Perhaps. But the responses were from sources that may have been more scam related and included $10 fees for posting her content.

STILL NO PRESS - DOUBT CREEPS IN
When you're a new business, or any business, and you're not getting responses from people, it can be devastating to your confidence. Says Zaida: "I needed a new book for motivating positive thinking. I started self-doubting and questioning everything regarding my new business endeavor." In mid August 2014, Zaida tuned in to her regular Tin Shingle TuneUp for a mix of motivation, buzz-building advice. "I needed anything that could ignite the wheels to turn in my head again. One of the wheels, definitely had a flat. And then that TuneUp changed everything."

THE KEY THAT CHANGED EVERYTHING
Everyone does pitching differently. We know that the key to getting a chance at press is in a few key elements in the beginning of the process:

We at Tin Shingle don't know the particulars about everyone's situation, which is why we love getting questions from you. It helps us see exactly what you're doing so that we can craft a solution for it. The TuneUp that changed everything for Zaida was one where Sabina Hitchen, co-founder of Tin Shingle and previous PR agency owner, was literally showing a successful pitch format on the screen. We host the TuneUps on camera in a live webinar. As Zaida watched, she could see exactly what was wrong with her own pitch.

Therein lies Hurdle #2:
Zaida had been copying Word documents into emails, making the print very small, and had linked copy within the letter in a general way, requiring an editor to squint and dig through to see what the product was about.

FINALLY - THE BUSINESS EMAIL COMES INTO PLAY
The lightbulb was ignited, and Zaida's determination was refueled. She pushed through to get to the next level. She tossed aside both Gmail and AOL accounts, and went through the process of setting up a proper business email, with the help of her hosting company, Blue Host. She changed the format of her email pitch, and then: "Once I had everything set up, I immediately starting getting replies."

FIRST PRESS WITHIN WEEKS
Zaida's first press was with the online version of U.S. World & News Report. Her next press started shortly thereafter, but didn't go to press for several nail biting months after. In August, Zaida pitched the National Examinar's request for stocking stuffers.

READER TAKE NOTE: Stocking stuffers were being selected in August! On August 29th, Zaida was told by an editor at the National Examiner that the Wiggletot wasn't a stocking stuffer fit, but that was a consideration for a January product roundup. Great! Now she needed some high rez photos, fast.

NEW HURDLE - THOSE HIGH RES IMAGES
High resolution images (300 dpi or more) weren't in Zaida's marketing materials. She couldn't find them on her computer. When she reached out to the freelance photographer she'd hired through Thumbtack.com, he told her she'd need to pay extra plus royalties to get the high res photos. Bogus!! Continuing with her sleuthing, Zaida found her contract for the photo shoot - which included the images - and reached out to Thumbtack directly to step in, which they did, and the high res images were promptly provided by the photographer. Moving on!

Though for the juicy details behind this drama, Zaida documented it in a Small Business Diary entry here on Tin Shingle.

THE STALL BEFORE THE PRESS HIT
Happy days, the editor had all she needed from Zaida, but Zaida didn't have confirmation from the editor. In September, Zaida couldn't sit on her hands any longer and sent a short and sweet follow-up email to the editor, to which she did get a very short, but positive reply back that they would contact her if they needed anything. December rolled around, and still no confirmation, but a request for samples was made, to which Zaida eagerly replied: "Yes! Where do I send them!" She never did get an address, as the press needs things for different reasons, but this one piece of her communication was her only hope that they might run the feature.

January 12, 2015 the confirmation email came in. The editor told her that the magazine would be on sale in stores February 16, 2015. In her excitement, Zaida did her own calculations of when the magazine would arrive in stores. Acting on her own distribution schedule, she rushed to the supermarket on February 6th after dropping off her two girls at school, and picked up a copy. She turned every page and didn't see the feature. Crestfallen, Zaida returned home to pour over her email to see where she missed a beat. And sure enough, the original email said that the issue would be on newsstands on February 16th.

Roller coaster!
On February 12th, Zaida was sent PDFs of the magazine cover and the baby bonanza spread featuring Wiggletot. "It was such an exhilarating feeling to open the attachments. I am extremely grateful that I was given my first magazine press opportunity!"

And Zaida has just gotten started.
Her buzz is growing as we speak! Watch her Facebook and Instagram for the latest news, follow her blog where she wrote about this entire account and which also includes more behind the scenes glimpses of life as a business owner, and treat your friend or yourself to a baby changing cover that makes changing a messy, wiggly baby a lot easier.