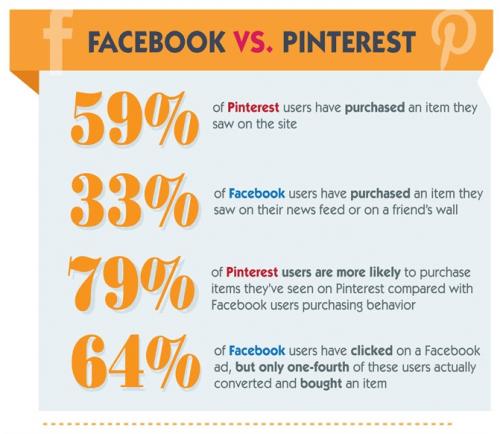 Is Pinterest or Facebook better for creating sales and e-commerce activity? Journalist Erika Morphy at TechNewsWorld took a look at just that, and came away with profound testimony from on-the-ball business owners who've been tracking where their sales are coming from, and of those sales, which are better sales. She shares her juicy findings in this Pinterest vs Facebook article, and I'm honored to make a contribution to the article as well.

Erika sent out a pr lead for this article and we included it in our official PR Lead collection here at Tin Shingle for our ProPreneur members to browse and pitch. I pitched it, and one of my answers got included. In this blog post, I've included the rest of my thoughts on the subject, and would love to know your thoughts and experience as well. But do read the full article at TechNewsWorld for findings from other business owners.

Pinterest has the advantage of being new - a new toy with exciting visual things to do on it. And right now in that new time, Pinterest has a few things that Facebook does not:

Click here to read the article with sales feedback at TechNewsWorld.

What has been your experience?