Amazon's White Background Patent and What It Really Means 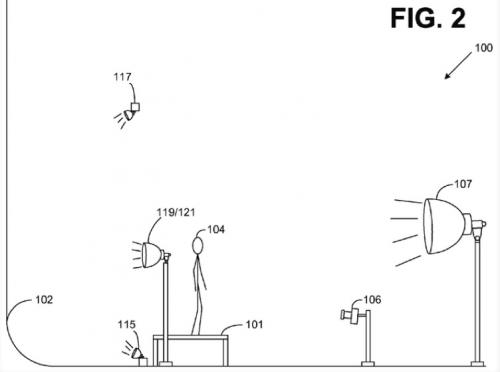 Alright, alright, alright. Everyone is up in arms about Amazon's recent patent 8,676,045 which covers their approach to photographing a person or product against a white background, usually used in a fashion spread or online shopping page. Even Stephen Colbert is shocked yet inspired to patent something that already exists. Business owners know all too well this adage, which was told to us by our lawyer at the time while we were going through a trademark issue: "Anyone can be sued at any time for any reason." Great. It was also during that time that we witnessed the art of lawyering, and how pushing paper can really rack up costs for a lawsuit, and help one side win, even if their argument is defies logic as we know it. Double great.

So it's to be expected that photographers and business owners are freaking out a little bit about this giant Amazon, who also owns a patent for one-click shopping and who last year completed a mysteriously unmarked building where they take massive amounts of fashion photography on white backgrounds, which now seems to own part of the white background production process (though hopefully not the DIY cardboard light box method!). It's not unusual that we may think that Amazon may want to crush online businesses one by one by eliminating their ability to take a photo on a white background.

That said, I'm going to take the more optimistic approach.  Surely Jeff Bezos, who claims that patent lawsuits are "not healthy for socieity", doesn't want to sue the small businesses who also probably sell on Amazon.

ATTENTION: Mr. Bezos, if you are reading, this is your invitation to please comment below that you have no intention of stopping photographers and business owners from taking photos on a white background using a platform for a model to stand on and blowout lighting and fancy lenses and your favorite F-stop!

Herein lies my hope: that Amazon has no intention of snuffing out online businesses, but only aims to cross its T's and dot its I's because they have a business model that sells the service of taking product photography on white backgrounds, and wants to lock in the look for their type of white backgrounds. According to Racked, who went in for an exclusive photo shoot of Amazon's Williamsburg-based photo studio in Brooklyn, models line up to be photographed for Amazon's shopping sites, Amazon Fashion, Shopbop and MYHABIT. Apparently they are doing big business - they have had sustained 20% growth since 2004, according to an analyst at Evercore who was quoted in Racked's article.

According to the patent, it would not be simple to recreate their specific process. I'm not a photographer, so please, all you visual professionals,  chime in here and share your thoughts.  I'm hoping that this processes is truly just way too hard to replicate, and that the patent is just a formality. Right? Right??

Stephen Colbert...what would you do? 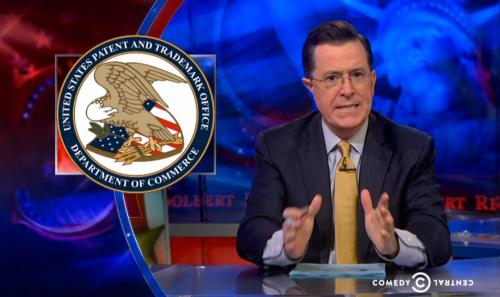