I write this on the eve of my kids returning to school. Not a big deal for most, but a big deal for me as "school" is daycare for my 18 month old and 3.5 year old, and it's something that we pulled them out of over the Summer. After writing a Small Business Diary Entry about the budget of a working mom, I took a double take at my budget. Summer was approaching, as was a heavy travel schedule with family vacations and weddings. We made 10 road trips in our Nissan Quest, and for 4 of them I was driving solo with kids. So I took the plunge and pulled our kids from daycare to give our budget some breathing room. This way, we wouldn't be paying for several weeks of unused daycare days. But, with that comes all-or-nothing childcare. So we were on our first real Summer vacay!

But Sabina and I have been in business together for a while now. We've been tinkering with this company, making it great and more fluid. We've been investing in a team of amazing people to help us execute ideas that help business owners get the word out. So by the end of our conversation, we were both a little excited at the new direction. This meant that other people had to fill in, and I had to let go of some things that I know sit on my desk and maybe never leave it. 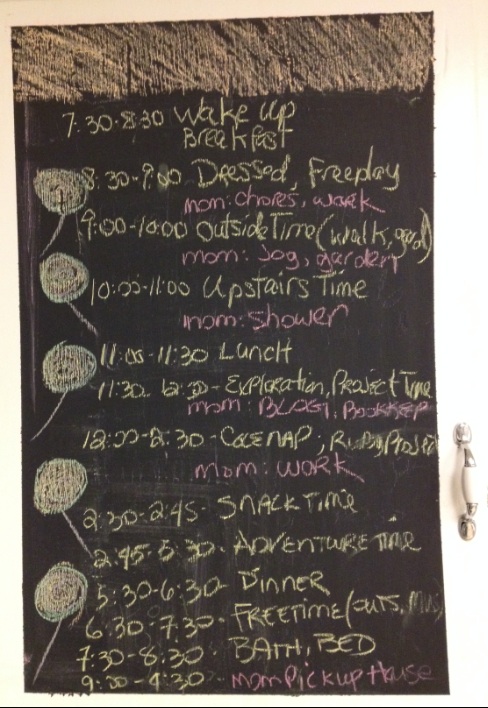 What happened the first week of our summer vacay surprised both Sabina and myself. I was executing work at a pace unlike what I had done before. I'm writing this diary entry to record what I did during my break from daycare and to remind myself of what healthy work-habits can produce.

TTFN! Got to write my todo list for the week! But I'll leave you with this picture: me taking business calls with my two kids. We refer to this as "2 uppies!" But hey - at least I was outside, right? 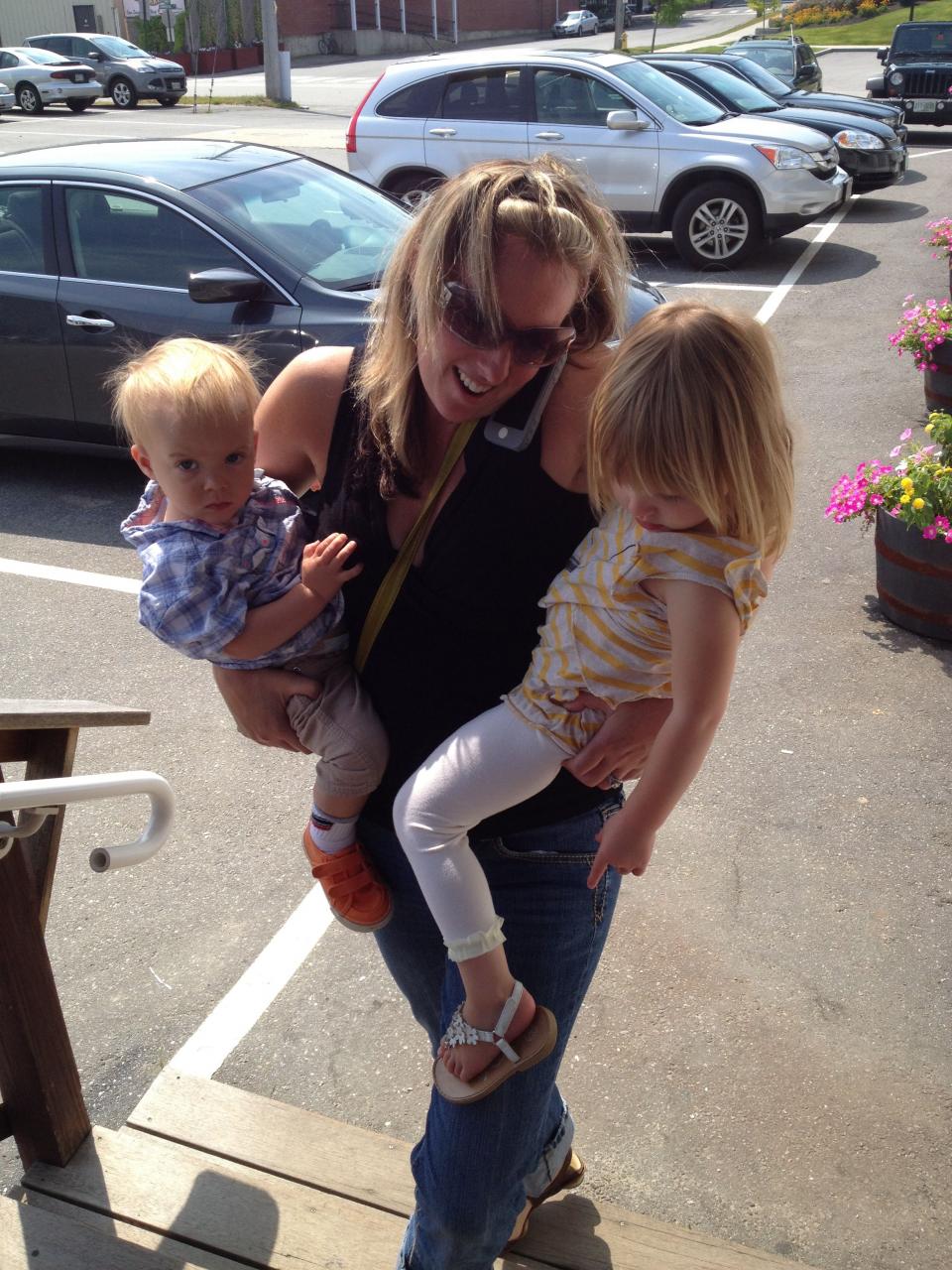 Great post Katie!  I think the Sunday TO DO list is a must.  I make my list and clean my desk and get organized for the week.  That way, when I have 15 minutes during the day to do office work, I know exactly what I need to get done.  I have a 6 year old and a 3.5 year old (both at home with us) and know exactly how you feel.

That is a great point, Hope! Prior to this, sitting at the desk for brief stints was almost overwhelming because I'd have trouble picking what to do first! Sticking to this list (mine is by day of the week) has really helped a lot, by way of swiftly knowing what to do in those 15 minute bubbles.

Katie, this is amazing....and definitely a keeper!  I find myself practically hyperventilating many times too.   You are so right; the to-do list is key coupled with prioritizing.  Thanks for the pep talk and good reminders.

Glad it helped, Ashley! And yes, hyperventaling definately applies to everyone, not just moms! I was this way before kids too ;) And it's a daily balance. But hey - we're all doing great work!