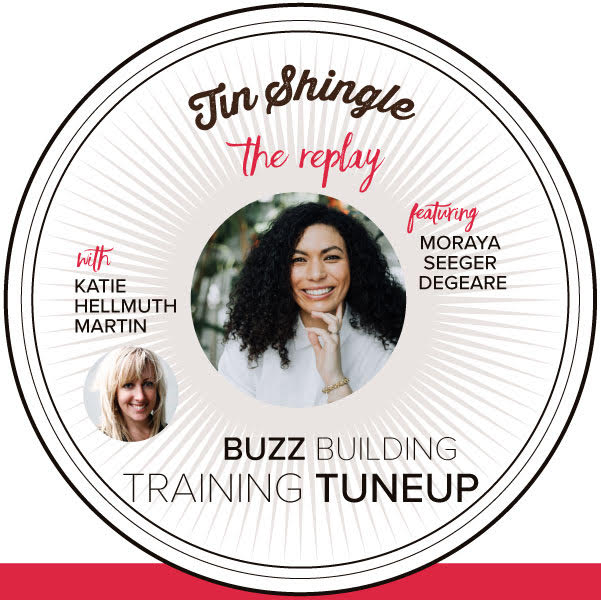 White people talk about "safe spaces" when they talk about speaking about racial anything. Tin Shingle is a white-owned company, owned by Katie Hellmuth Martin who has come out of her silence, and talks about racism like she never has before.

While keeping a "safe space" is important for people to explore their words, so is taking a risk and speaking out. Taking a risk of saying the wrong thing. Or of being wrong. And of being called out for it. Not that anyone wants to be called out for it! As people speak out - and fumble through their words - they are being anti-racist. Which creates a safe and inclusive feeling.

Safe Space and the Anti-Racist Concept

Which brings us back to the "safe space" concept. If existing and speaking in a safe space is important to you, then you must also create it for someone else whose race is being challenged, mocked, not believed, belittled, swept under the rug, etc.

As a business owner, who says that they are not racist, to show no signal at all that you are not racist, shows a sign that you are not anti-racist, which in this day in age of 2021, could put you back into the "actually, you are racist" side of reality. Signs of being anti-racist could include posting a sign in your window, sponsoring a company who is being openly anti-racist, creating inclusive imagery in your social media, responding to your customers who do speak racist, etc.

Responsibility resides on people to prove their are not racist. That is called being anti-racist.

This TuneUp Was Recorded After the Insurrection of January 6, 2021

In this TuneUp, Katie speaks with Moraya Seeger DeGeare, a licensed marriage counselor in NY and MN, certified in Emotionally Focused Therapy. Moraya and Katie both live in Beacon, NY, and Moraya is one of the thought leader/guides that Katie has been following since the protests started in May, 2020. Katie feels blessed to have met Moraya in these circumstances.

Moraya is the granddaughter of Pete and Toshi Seeger who were leaders in the effort to bring about environmental change in the Hudson Valley region of New York. Pete is white, and Toshi is Japanese. Moraya's parents are Black and white. By living close to her grandparents, she grew up in an environment enriched in protesting as a way of educating.

After the Insurection, Moraya put out a question to her Twitter following: "So I'm curious, do we unfollow all the influencers/food/mombloggers who are not pausing scheduled posts to acknowledge the domestic terrorism that happened this week? Or are we just forever side eyeing them with BIG trust issue energy?"

Tin Shingle reposted her question to Tin Shingle's Instagram, which prompted another question: does a business who is Black or Muslim or Asian or other races need to put up a statement right now? Would that further insight discomfort in their places of business? Do white-owned businesses have a special responsibility to put up a statement? Or open up to include further in their branding?

Which prompted more questions, like how should a business handle the Insurrection, even if you did like some of the political policies of the 45th president? Or if you are afraid of isolating or losing customers?

Moraya agreed to be our guest for for this TuneUp to answer this question, and more. As a person of mixed race, she has a Black and Japanese perspective that she is contributing to this national conversation. Being that she is a relationship therapist, she knows how to dialogue from a vulnerable place. She tells Tin Shingle: "I thrive on deep vulnerability. Ask me any question in any way, it's OK to just roll with it and muddle through."

Anyone can watch a Tin Shingle TuneUp from their computer, mobile phone or tablet. Tin Shingle is keeping this TuneUp free of charge for everyone. Normally, members of Tin Shingle get TuneUps for free.