Jessica Alba has cornered the market on the word "honest" ... according to a small business owner who happened to pick a company name dangerously similar to Alba's nearly billion dollar venture.

Kiki Rupert tells TMZ ... Alba's "The Honest Co." is making things very difficult for her candle biz "Honest Earth Candles." Rupert's been warned by the U.S Patent and Trademark Office she could be in big trouble because she could be creating confusion in the marketplace. Alba's biz also sells candles.
Rupert claims an Honest Co. lawyer notified her it obtained a trademark back in 2012. The bad news for Rupert is she didn't file her TM application until last November.
Rupert says she's invested thousands in her small biz, and a name change could ruin her. We've reached out to reps for Alba's company, but no word back yet.
Read more: http://www.tmz.com/2015/03/18/jessica-alba-the-honest-company-candle-law...
Image: 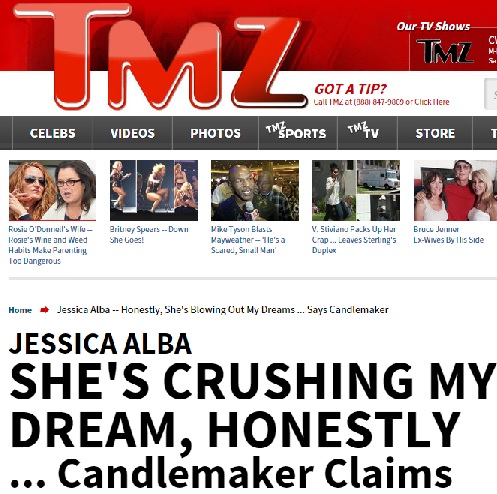