When Pinterest first launched, Tin Shingle co-founder Katie Hellmuth Martin was included in an article at E-Commerce Times that explored why Pinterest was so hot so quick. The article includes useful stats on types of users on Facebook and Pinterest, and which audiences are more likely to convert to sales.

You can read the article in full here.

"Another advantage that Pinterest has is that it is still novel to a lot of users," said Katie Hellmuth Martin, cofounder of 'Preneur [now Tin Shingle].

"It is a new toy with exciting visual things to do on it," she told the E-Commerce Times. It is also different enough from Facebook and social networks in general to keep users engaged.

"It's visually beautiful and incredibly easy to use, even on the app. While there is room for improvement on the navigation, for now, once you 'get it,' it's pretty easy to use," she added. 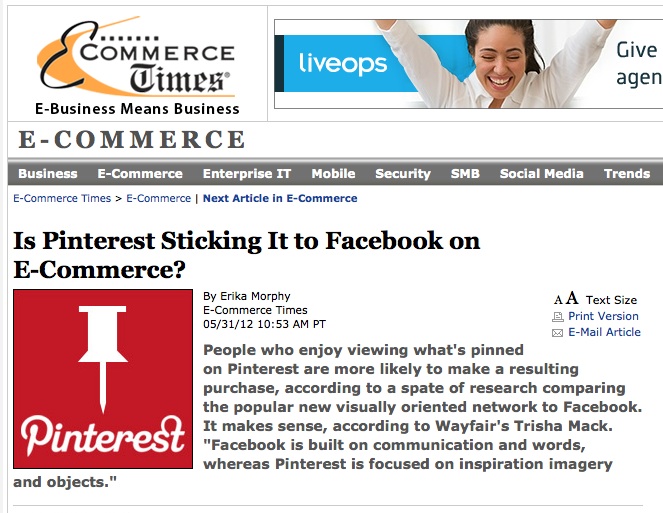