Twitter: Is Anyone Listening? Or Is Everyone Talking To Anyone Who Will Listen? 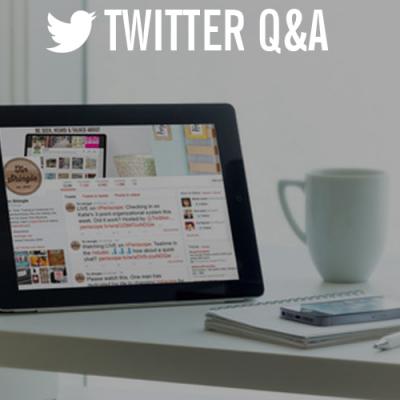 “I hear people say that Twitter has turned from a community talking to each other, to a universe of people talking at anyone who will listen. Have you seen a difference in engagement, and if so how do you address it in how you use Twitter?”

Shortly before hosting a Webinar TuneUp focusing on Twitter, that was called "Are You A Twitter Ninja? Do You Want To Be?" a business friend sent me a question to answer in the class. The question perfectly describes everyone's fear of what happens in Twitter, and what can certainly happen if one does not harness Twitter by taking advantage of the built in tools it has to deliver your message to the right people.

While thinking about the answer to this question, I was researching what photos to use for the class. While I was pulling examples of how to get on the radar of a magazine or editor simply by using hashtags that  an editor will often tell you to use in their Editor's Letter page, I saw this statement that jumped off the page at me: "before hashtags #ruled #the #world" 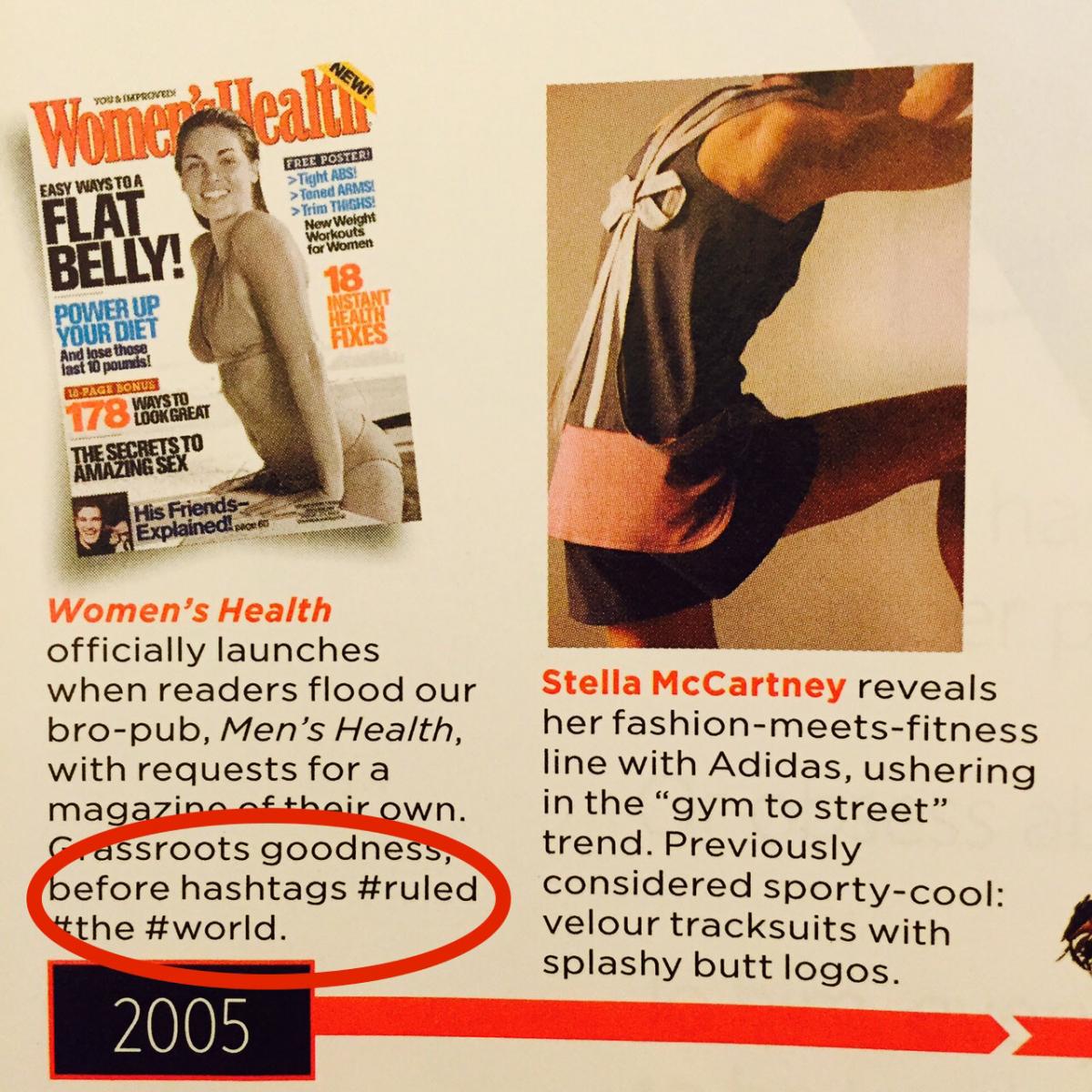 This statement was the answer to this friend's question. The magazine, Women's Health, was celebrating their 10th year anniversary. They made a timeline starting in 2005 with their first cover. In it, the caption included this idea: that Women's Health launched a grassroots women's health movement "before hashtags #ruled #the #world". Hashtags rule how a person can use Twitter in an engaging way.

To most people, hashtags are used as a joke, like in this hilarious video with Justin Timberlake and Jimmy Fallon called #Hashtag". But hashtags are no joke. They define a tweet. Hashtags make it so that a tweet has a chance of showing up in the news streams of the right people who are looking for that exact thing.

Why Are Hashtags The Answer To This Question?

Because hashtags help you be heard by the right people who are listening. When you are tweeting, yes, you are tweeting to anyone who will listen. But only to an extent. At the most basic, you are tweeting to your followers. If you have 50 followers, that's not many. But hey - maybe they are online enough to read all of your posts, and maybe they are true followers of you and buy most of what you sell when you put links to what you sell in your tweets. And that can be a lot of money! If you have 5,000 followers, sure that's a lot more, but it's a crowded space out there. Tweets are still squished in between tweets. So can the tweet get beyond your followers? If your followers miss a tweet, can they still see it later?

Technical Tip here: When you put a # before a word, Twitter does you the favor of making a link out of it, called a "hashtag". Why is that awesome? Because people can click on that link, or do a search in Twitter, or even set up fancy alert systems using Hootsuite or Tweetdeck other tools to let them know when a tweet just happened with that hashtag in it. Tweets with the same hashtag, like #homemadechocolatecookies show up in a river of tweets for a person who clicks on that hashtag. Suddenly, that person is having a very focused time in Twitter. They are seeing pictures of homemade chocolate chip cookies, they are seeing links to recipes, or may even to videos of cookies baking in the oven.

When Twitter started, people were indeed talking to each other by using the Reply button. Other people, or flies on the walls, could easily see those exchanges. Three things have happened that changed that:

Engagement between people and brands really picked up when people started Commenting to pretty pictures in Instagram, and on links at Facebook. A good brand will comment back to encourage engagement. This still definitely happens at Twitter, but less so, as people can Retweet or Favorite something, which is a way of acknowledging that a tweet was read and appreciated, instead of actually saying something to you. Because Twitter allows links to be clickable, unlike Instagram (as of October 2015, for organic aka free posts), Twitter is easily less cozy of a space, and more of a springboard for people to read, and click and possibly create engagement or a sale elsewhere. Twitter is a source of information from the people you are following, a quick link, or a quick "Watch this on Periscope right now". It can foster coziness, but its environment, at first blush, is less so.

Once you fire up that Twitter account, however, long lasting relationships can still happen. Once you start using it and targeting what you read through hashtags, the experience will unfold for you.

For Your Viewing Pleasure: #Hashtag